All the talks about artificial intelligence taking over the world and enslaving humans – it’s a reality we’re living in right now, and we don’t even know it. That’s the premise of Netflix’s recent hit The Social Dilemma.

It’s been a long time since I last wrote a film review, and after watching The Social Dilemma, I can’t help but to write one right away.

The docudrama centres around interviews with top executives that worked at tech giants such as Facebook, Google, and Twitter among others. In the background is a dramatisation (though pretty darn accurate) of how the AIs of these companies are manipulating users on their devices.

When the term “tech giant” is used, it’s almost synonymous to “social media company” nowadays. And that’s because of the business model most of these corporations adopt – selling their users’ attention to advertisers, all the while feeding tonnes of data to algorithms whose sole purpose is to keep users glued to their screens for as long as possible.

Now, as a digital marketer who look at primarily Facebook and Google’s advertising dashboards for eight hours every single day, helping businesses run ads to get business, I have to say that social media’s impact on society is a messy topic to discuss.

Not because I might be putting myself out of job, but that social media has helped the world progress to where we are today, without a doubt.

Are there blood on my hands?

Even then, naturally, anyone’s question to someone on the “inside” would be, “Do you feel like there’s blood on your hands?” The short answer is “yes“. Although I must say that it also depends on the businesses we’re helping to advertise.

Over my nearing-three-years of experience working in a digital marketing (advertising) agency, we’ve helped hundreds of SMEs in Singapore grow their business with effective advertising campaigns. These campaigns usually involve generating leads for their services and products.

The majority of our clients consists of medical clinics, home improvement and design, and professional services. We do have several aesthetics and beauty businesses under our belt, although they typically don’t target anyone below the age of 25.

In The Social Dilemma, the creators of the documentary are positioning the impact as being a threat to teenagers and preteens. Their brains are not developed yet, and they have way more time than adults to spend on their devices and, of course, social media.

Although we’re not – and never will be – targeting anyone below the age of 21 (it’s not in the interests of most businesses, anyway, since only working adults can spend), we’re indirectly helping Facebook and Google fatten their pockets.

So yes, there’s definitely some blood on our hands. Evil is never one person, it’s usually a collective evil accumulated over time through the micro-decisions made by many individuals in a system. Unfortunately, I’m part of it, even in some small way.

What am I going to do?

To be honest, I’ve known about the impact of social media and how online advertising is the root cause of it all even before watching The Social Dilemma. It’s quite rare for anyone in the industry to work for a full year without knowing it, let alone someone like me who face advertising platforms day in and day out for nearly three years.

I’m not so noble or righteous to do anything, at least at this stage in my life where I’m still at the start of my career. What I can do is educate people around me about good social media habits, and know what they can do to have control over their own attention.

Unlike the executives featured in The Social Dilemma, I’m not ready to give up my job right now and everything I’ve learned in my career. They have earned their share and don’t have to worry about money, probably for the rest of their lives, so they can afford to devote their time to this, not me, not yet.

What I can say is I’m not joining another digital marketing agency when I leave my current job, and it’s a decision I’ve made even before watching The Social Dilemma. I’m just a lot more certain right now.

More importantly, though, is what can we do from here on out?

My own social media habits

After a few years of addiction to social media and video games, I’ve finally taken control of my attention and computer use. (Well… I’m still glued to my computer – because of work for the most part.)

Personally, I almost never open my social media apps, mostly because I turn off all my notifications from Facebook, Instagram and Twitter. And that’s a conscious effort that I made – gradually – during the “social media abstinence” to get to a point where social media updates are no longer something I care about.

It sounds a bit weird for a digital marketer to think that way, but I guess you can say it’s like how some chefs don’t enjoy cooking outside of their professional kitchen. Also, my job revolves around advertising dashboards and reports, not so much about social media updates – I’m a lot more familiar with how the ads work than how organic posts work.

Anyway, if you’re looking to take control of your own social media habits, here are a few quick tips to start:

Remember, if you’re not paying for a product or service, you are the product. 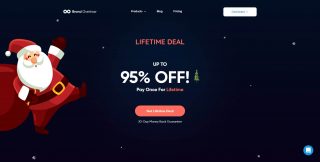