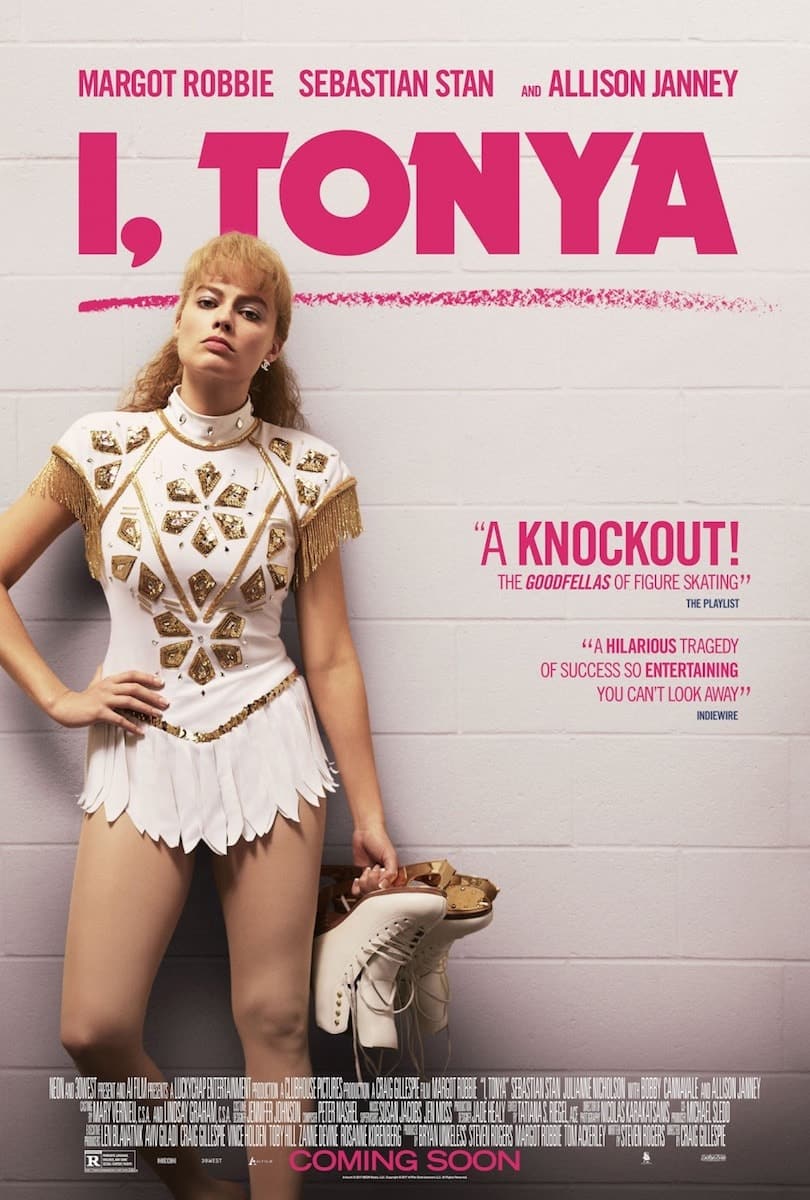 Right off the bat, I, Tonya shows us the reality of professional sports in the past – it’s mostly for the rich and elite; certainly not for trailer-trash, abusive LaNova Golden (Allison Janney) and her hillbilly of a daughter, Tonya Harding (Margot Robbie).

What follows is Tonya’s uphill battle against the American conservative ideals of the ‘90s, and “The Incident” – the biggest scandal in sports history – told through flashbacks and interviews with people (once) close to Tonya.

I, Tonya is a film about the Reagan and tabloid news era, the early stages of the demonic transformation of the media landscape before becoming the one we’re all familiar with now. They are only interested in news that grabs attention, even if it means trashy gossip that turns the entire world against a young athlete, and eventually costing her career.

To prepare for her role as Tonya, Robbie practised five days a week for five months on the ice rink, to perform the shenanigans we see in the film. That said, the triple axel – one of the hardest moves in figure skating ever (only six women after Tonya pulled it off in international competitions) – was achieved through a combination of two skating doubles, remarkable editing, and visual effects.

Robbie delivers an astounding performance as teenage Tonya, 20-ish award-winning figure skater, and even 40-odd-year-old grumpy smoked redneck. Through her performance, we understand Tonya’s flaws, grit, pain, and most importantly, her humanity beneath all the hate and media spins.

That’s not to say, Sebastian Stan who plays Jeff Gillooly, her misogynist, hypermasculine husband and the mastermind behind “The Incident” (assault of America’s figure skating sweetheart, Nancy Kerrigan), isn’t brilliant. He’s in the same boat as LaNova – they both love Tonya but have a serious anger problem. Stan nails it very well (sometimes literally on Robbie), though a notch lower than 58-year-old Allison.

Allison steals the limelight from her younger counterparts every time she’s on screen as Tonya’s crazy and domineering mother who thinks psychological torture and sadistic upbringing is a “gift”. Her abusive behaviour and tough love towards Tonya will make anyone with a nagging mother feel blessed.

While the first half of the film puts Tonya through mockery and shaming, the latter half does her some well-deserved justice. It subtly implies Tonya is the victim, an effective and emotional touch to the otherwise vulgar and dark film. Even then, I, Tonya doesn’t claim to have all the answers, it tries to do what the media failed then: present several perspectives and leave it up to the audience to decide for themselves.

Director Gillespie and screenwriter Steven Rogers use the art of breaking the fourth wall to constantly remind audiences of the subjectivity of “truth”. That’s what makes the film so effective in its storytelling, apart from incredible cinematography, editing, and even practical effects. It’s vulgar, irreverent, and emotional, but immensely cathartic and entertaining even for viewers who have no clue about figure skating.

Summary: An irreverent but cathartic recount of the most controversial sports scandal in history involving figure skating legends, foul-mouthed Tonya Harding and Ice Princess Nancy Kerrigan, where the truth is up to the audience to decide for themselves.