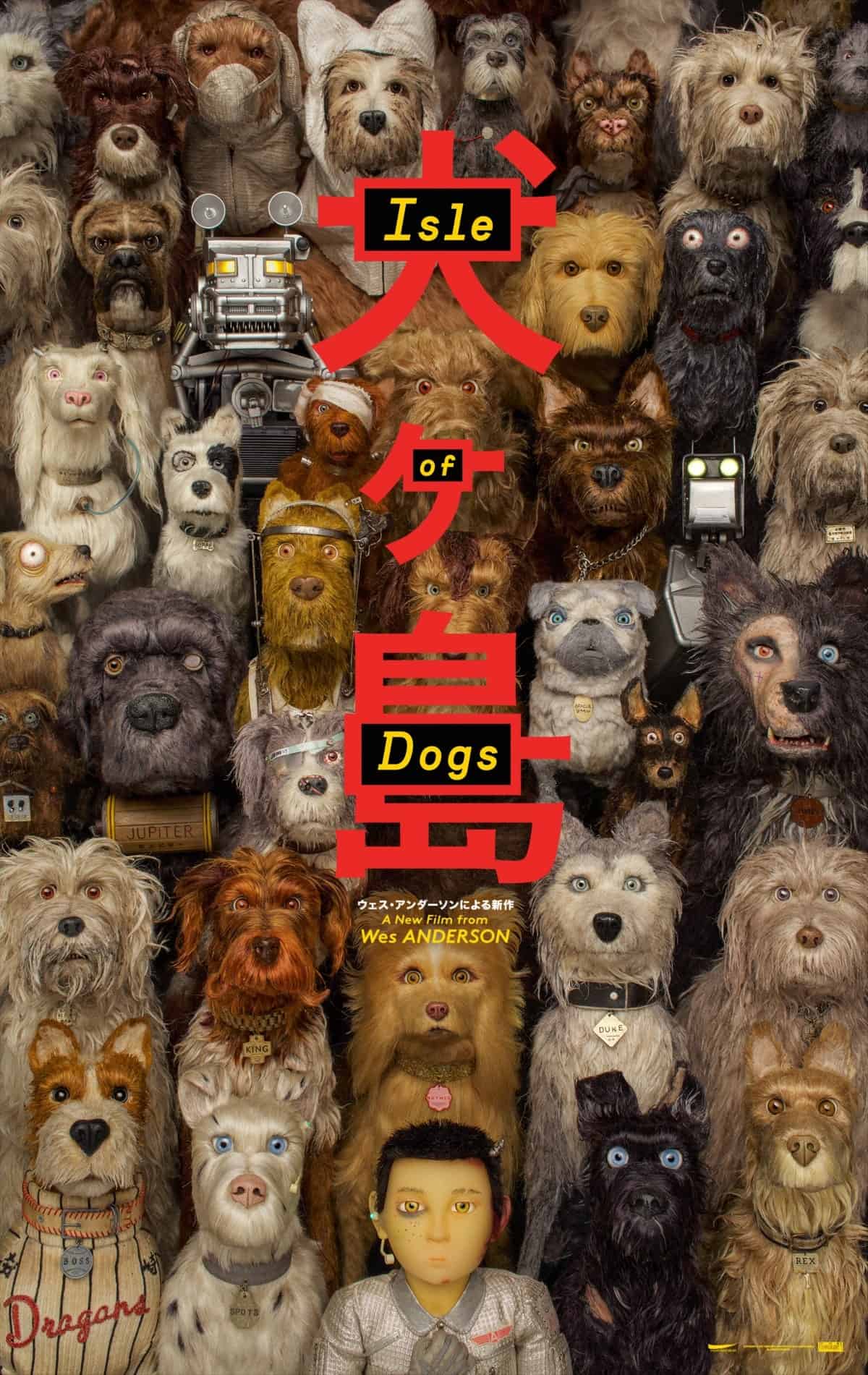 Mostly stop-motion animated and partially hand-drawn the old school way, Isle of Dogs is a film about companionship, loyalty, and communication. It is director and screenwriter Wes Anderson’s second stop-motion effort and more on-point, though.

Mayor Kobayashi (Kuichi Nomura) of the fictional Megasaki city gave an Executive Order to deport all dogs — stray or owned — to Trash Island. Six months later, young Atari Kobayashi (Koyu Rankin), a distant nephew of the Mayor, steals a small plane and embarks on a mission to find Spots, his personal bodyguard hound and best friend.

As the movie progresses, we catch more glimpses of Atari’s backstory and also of the other dogs that the young boy encounters on Trash Island. That’s where most would feel more for the dogs, especially how the narrative and dialogue make our canine characters so personable and relatable.

Anderson and his three other storytellers (including Nomura) capture the emotional dynamics of a dog and its owner so well it’ll surely shake dog owners. In particular, our canine lead, Chief (Bryan Cranston), a stray who never had a good track record with humans, who slowly learns about companionship and loyalty after traversing heaps of trash with Atari.

Although the main storyline in Isle of Dogs is focused on 12-year-old Atari, most audiences would identify more with the dog characters. It’s mostly because of how all the dogs speak English while all but one human character speaks in Japanese with limited subtitles.

Anderson makes it clear at the very start, with a hilarious title screen saying, “All barks have been rendered into English”. However, before we jump the gun and judge Anderson and his crew for whitewashing, it might be an “artistic choice” and intentional decision on the filmmaker’s part (from a Japanese reviewer’s perspective).

Yes, it’s a largely white-dominated film crew, and yes, maybe every character could have spoken in Japanese to avoid any misunderstanding and controversy entirely. It’s undeniably bold on Anderson’s part and even interesting because it adds some reality to the communication struggle between dogs and humans.

Overall, it’s a tough yet convincing balance for Anderson and his crew, making sure Isle Of Dogs isn’t all about the common Japanese stereotypes. That said, it’s inevitable for some Asians to feel a slight sense of cultural misappropriation when watching the movie. Oh, and here’s a cool Easter egg: When you say “Isle Of Dogs” out loud real quick, it sounds very much like “I love dogs”.

Summary: Some minor and understandable cultural missteps, but “Isle of Dogs” is a touching, hilarious, bold and visually stunning stop-motion animation nonetheless.