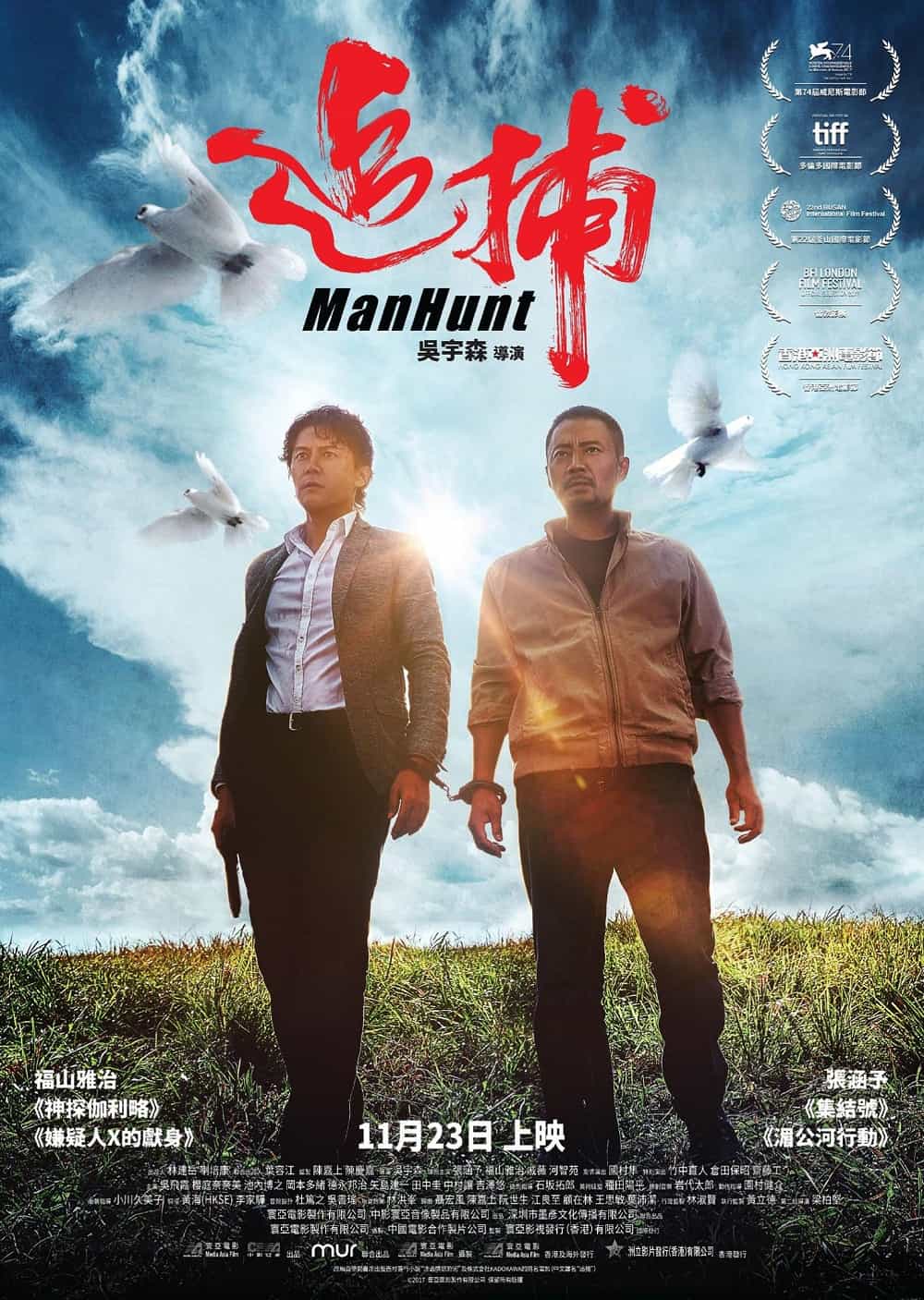 A typical action crime thriller film that centres on the manhunt of a wrongly-accused man while he figures out how to clear his name, legendary action director John Woo takes a parodic approach and even critique to the subgenre with Manhunt. Ironically, Woo was one of the pioneers of Asian-cop films and popularized it, creating a name for both himself and the subgenre.

First off, for viewers familiar with films and drama series of the 1970s and 1980s revolving around police, you would know how ridiculously invincible the main characters can be. In Manhunt, Du Qiu (Zhang Hanyu) is a lawyer working for a pharmaceutical giant, Tenjin, winning major lawsuits that indirectly helped its listing on the New York Stock Exchange.

When Qiu wakes up beside the dead body of a lady he met at Tenjin’s public listing celebration party the night before, his life spirals out of control. He also suddenly reveals his physical aptitude to jump off railings, outrun a whole police division and even a subway train.

That’s not all – he manages to overpower a highly-trained police inspector Yamura (Masaharu Fukuyama), though the latter did show mercy and empathy towards the fugitive. Yamura is, of course, a badass himself as he survives multiple heavy blows to vital parts of his body and even gunshots.

Both Zhang and Fukuyama nail the action sequences throughout the film convincingly. Each scene is beautifully shot – from the clichéd but well-placed slow-mos (Woo’s signature) and drawn-out hand-to-hand combats and long-range gunfights to the emotional and intense dialogue that serves as parodies and meaningless plot devices more than anything else.

The biggest problem with Manhunt is probably the decision to mix Japanese, and a wide variety of Asian accents of both English and Chinese. It leaves an unpleasant aftertaste the film could have otherwise avoided if Woo was less ambitious.

Famous Korean actress Ha Ji-Won and Woo’s own daughter, Angeles Woo, joins the action as Rain and Dawn, hitwomen for Tenjin’s president Sakai (Jun Kunimura) but are more of a distraction from the already messy and illogical plot. Sure, it’s great to see a female action duo massacring a bunch of gangsters in a bar with unlimited ammo. The attempt at giving their characters some sloppy background story and development, though, fell flat.

Manhunt is no doubt Woo’s way of paying tribute to Ken Takakura, who played the role of the wrongly-accused man in a 1976 adaptation of the Japanese source novel Kimi yo Fundo no Kawa o Watare by Juko Nishimura. The quality of the action, performances, directing and cinematography are indeed top-notch (US$50 million budget).

Long-time Woo fans would even uncover some references and nods to his past hits. The average moviegoer, though, may walk out feeling the narrative and the film in its entirety doesn’t fit well in modern cinema.

Summary: Manhunt marks John Woo’s comeback to the Asian-cop cinema but is cheap entertainment and flashy parody at best or clichéd and senseless subplots connected by sloppy writing at worst.