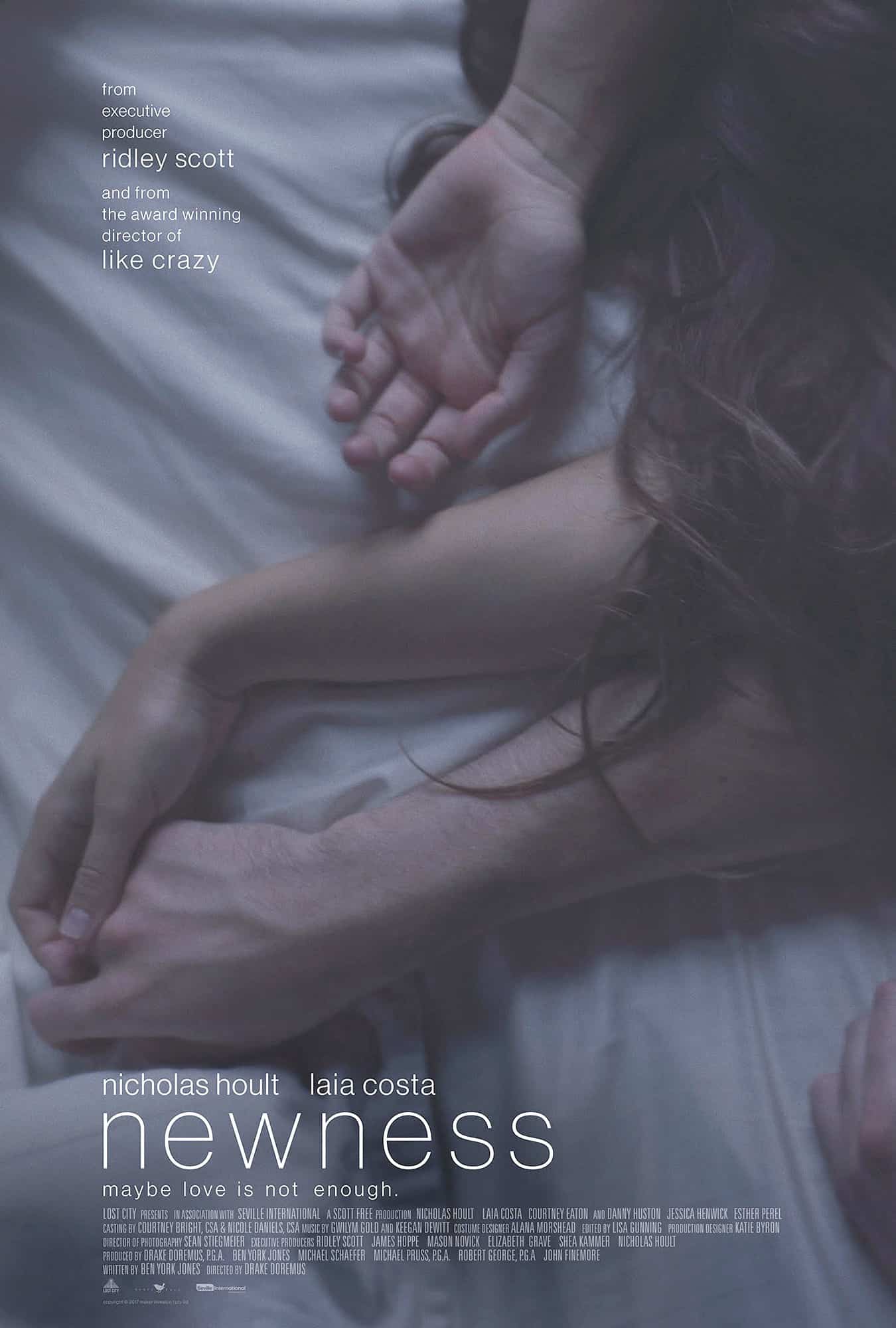 Drake Doremus returns with yet another romance drama film but adds a dating app (WINX, a Tinder-like app) twist to it, directing it at both millennials who are obsessed with hooking up with as many “matches” as possible, and their parents. Newness tackles the dynamics of relationships in our modern age unabashedly, and is definitely not a film you would want to watch with conservative parents.

Most of the film centres on pharmacist Martin (Nicholas Hoult) and physiotherapist Gabi (Laia Costa), who are millennials trying to “figure out” life and more importantly, love. Both of them are plagued by their unending pursuit of newness, as in the novelty of meeting someone new and, well, having sex with them, to put it very plainly.

Apart from its raunchy scenes, Newness tries to explore a heavy topic: open relationships. It’s a good attempt, to say the least, though it’s slanted quite obviously to opposing the idea of polygamy.

Hoult and Costa delivered spectacular performances, nonetheless, nailing especially the quarrel and sex scenes. Martin’s character arc is believable and even relatable, with well-written dialogues between him and his close friend, Paul (Matthew Gubler), and later with his ex-wife, Bethany (Pom Klementieff).

Costa, on the other hand, goes through a series of events that seem forced and even unnecessary, especially her short-lived relationship with wealthy middle-aged man Larry (Danny Huston). Huston is undoubtedly charming in his role as Larry, but it seems like a huge mismatch to what Gabi wants.

It’s understandable that Doremus places little to no emphasis on Martin and Gabi’s characters outside of love and relationships too, but it’s where Newness falls short. It’s a film about how humans discover the bland truths of what it means to be in love versus the thrill and lust dating apps and hook-ups can offer, after all.

Newness is overall a compelling piece of art, just that the execution and character journeys and arcs can’t support the film. It’s not hard to see where Doremus and writer Ben Jones want to take us after Martin and Gabi hooked up, anyway. So why not focus on the characters, their backstories, and explain why they are facing these problems? Still, it’s worth a watch, especially for viewers searching for “the one” when it’s really down to whether two people can put up with each other.

Summary: An ambitious premise with too little meat to support the characters, which is a pity considering the compelling dialogues and performances.