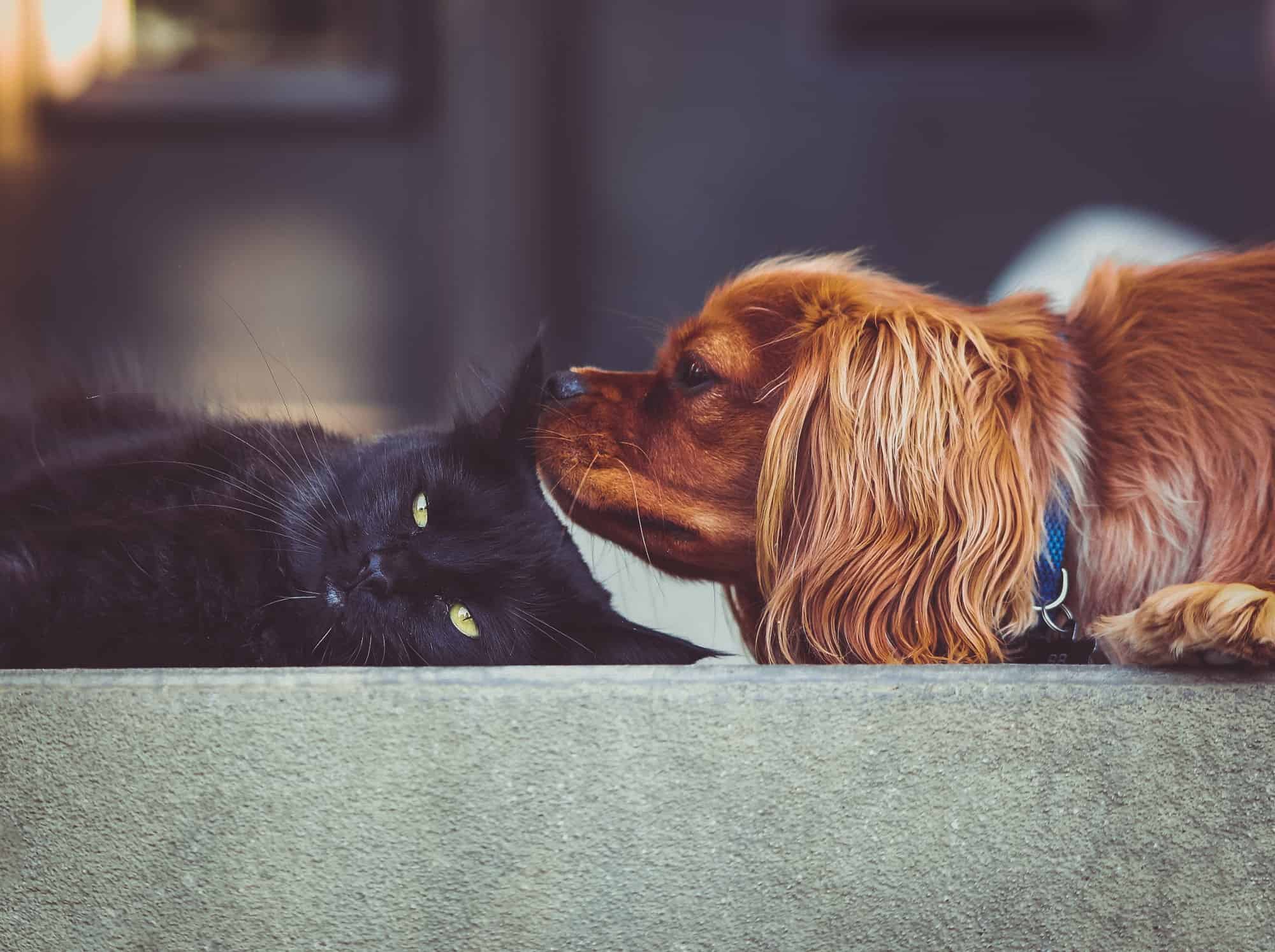 “A friend in need is a friend indeed.”

Cheesy. But many of us would agree. I agree very much with this saying myself. Over the years, though, I realised how friendships actually mean much more. When we ask anyone what friendship means to them, they would usually start listing characteristics, traits and things a true friend shouldn’t and wouldn’t do. They usually speak from a standpoint of a consumer. They talk about the things they look for in a friend, what they want, basically choosing on their own terms.

But, why? Shouldn’t they think about what kind of friend they want to be, first? Oftentimes, people who have demanding ‘requirements’ for a friend aren’t good friends themselves. And don’t even get me started on people who value friendships based on how much benefits they can harvest from whom they build connections with.

Yup, I’m not writing to validate the common agreed upon signs of a good friend. Let’s discuss what friendship – the bond between two people who support each other willingly – really is.

I personally value a friendship based on the quality of our bond rather than the qualities of the person. People with desirable traits by society standards don’t necessarily make “good friends” – I believe most of us can vouch for that. Likewise, some of us have really strong friendships with people who are, well, not exactly the coolest people to be with.

Nevertheless, if the friendship is strong, it doesn’t matter if one is a multi-millionaire or billionaire and the other is merely a middle-class citizen. What matters is both are willing to support each other in various aspects of life. Both parties must acknowledge the bond connecting them. They might not be similar in terms of wealth, fame and power but something else in common – values, principles, perspectives of life – might be the glue that sticks them together.

To acknowledge Jim Rohn’s famous saying, “You are the average of the five people you spend the most time with”, I think it is true to a large extent for people who treat their relationships as a means to their ends (getting to the top). I might be wrong. Everyone experience relationships very differently in their own unique ways.

I’d like to take Rohn’s saying with a pinch of salt, especially if we’re seeking to build friendships we can depend on for no less than a lifetime. Let me share three different personal stories – these gave me perspectives of what friendships mean.

In a conversation about friendships with someone whom I’d like to consider a friend but might not consider me as one – simply because of what he said.

To him, relationships are disposable because everything in this world is based on value. He thinks everyone is ultimately all about “what is in it for them” and no one does anything out of goodwill. For him, even family members are disposable. That’s probably why I don’t think he considers me as a friend at all. He probably considers me as a cog, merely a tool, just as the other people in his life. Suffice to say, I was a little hurt by what he said, even though his perspective of relationships and friendships is not personal at all.

However, what he said does have some truth in it, especially if his experiences with any form of relationships were largely based on the potential benefits and rewards. In fact, his perspective is by no means wrong or flawed. It just means I wouldn’t be in his life for much longer, just as his other replaceable “cogs” wouldn’t be. By someone whose standards are similar to his, he would be a perfect friend. Let me also say he is actually a great person who is liked by people around him – probably not for long, though.

Great foundations of friendship (and not coincidentally, other kinds of relationships too) are built on loyalty, honesty, empathy, acceptance, love and the list just goes on.

But I think the single most important ingredient is trust. Without trust, two people can’t traverse acquaintanceship and deepen the friendship to a stage where they are practically family. Some might argue friendships between a man and a woman tend to face a lot of obstacles when either or both parties want to deepen the friendship. Of course, I would admit men would usually have more problems with maintaining a platonic friendship with women. Unless, as some would attest with their personal experiences, either or both of them are homosexuals. That’s another topic I would like diving into on a later date, I promise.

I still think it all boils down to trust. If a friendship between a man and a woman is built on strong and mutual trust that their bond is platonic, I think, a family-friendship is still possible.

I would talk about a couple of friendships I have over the years but here’s an interesting story after speaking to a friend recently.

“I don’t have many friends because of some personal history… I do have this one best friend, though. We tell each other almost everything, we give each other support whenever the need arises and we accept each other for who we are.”

Sounds like their friendship is strong but she adds, “the only problem is… it’s a he. Because of a past incident, I fell out with virtually every single male friend I had, including him. Years later, when I wanted to reconcile with those friends, all shunned me except him. Instead of mentioning my past actions, he started by asking if I was fine – he was more concerned about my well-being than his own. Now we’re back to being best friends but I’ve always had qualms about deepening our friendship. We call each other often but I try my best not to because I believe there should be a line drawn between men and women in relationships.”

Probably because of her (Asian) family background, she believes there is an invisible line or boundary men and women shouldn’t ever cross. A man and a woman should never drink with each other till the wee hours, they shouldn’t call each other every day till late and they definitely shouldn’t suggest either of them take a 12-hour flight to travel almost half the globe just to keep the other company. These are what couples would do; friends wouldn’t.

So I asked her, “Do you like him, not as a friend but as a man?” She shook her head, saying she only like him as a friend and he looks at her the same way too. I gave some of my heartfelt thoughts, hoping to lend her some courage to do what she knows is best for herself.

“If both of you are sure of your friendship and feelings towards one another – nothing more than friends – then you shouldn’t worry. From what you had told me, he’s a great person and both of you click so well. It’s hard to find a person with a personality that clicks well with your own, let alone someone whom you can trust and depend on so dearly. You shouldn’t overthink the invisible (Asian) lines and boundaries our society forces upon us psychologically.”

After the chat, I made a bid for a deeper friendship and added, “It seems like we would always have deep conversations unknowingly. Maybe, we might have a good friendship, too.” She reciprocated that bid.

That really touched my heart.

Do you have close-knitted friendships with people whom you never expect you would click well with? I have a number of those but I can never be so sure those would last, though I honestly hope our friendship would continue for as long as we live.

It could be that girl or boy in our class who is so popular you couldn’t imagine she or he would even talk to you – an average student with a pimpled face. But reality surprises us ever so often. That girl or boy initiates a conversation and somehow both of you quickly develop a friendship and it somehow strengthens over time, withstanding the challenges of external forces.

Or it could be that same person you see while commuting to work or back home every single day without fail. Coincidentally, either of you decided to ask about the other’s job or the day at work and the rest was probably history.

Such friendships are not necessarily only formed with students who attend the same school, colleagues who work at the same shitty office or neighbours whom we merely acknowledge the existence of, it could be virtually anyone who wants to build meaningful relationships with, well, another fellow human being. Some sceptics would scoff at my naïveté, dismissing my “ideal” world where people are genuinely hungry for meaningful relationships. We build our own ideal world with people who believe what we believe, that’d be my answer.

What are the chances of meeting someone who has the same interests, values and most importantly, the same belief?

I don’t know for sure but chances like that don’t happen very often for me. So I jump at that chance when it arises and here I am, a little more than a year since I’ve last met him. He is probably the single person who have changed my life the most so far within such a short period of time. Or should I say: our friendship and the interactions we had changed me and how I’m much more self-aware.

We’ve learned a lot from each other over the course of barely a year, things we wouldn’t learn otherwise if we were by ourselves.

I’m not sure how much further our friendship is going to bring us. I’m pretty sure he’s unsure himself. But we’re taking this leap of faith in our common belief: to help others, one inspiring life anecdote at a time through storytelling. It is still too early to tell if anything substantial would come out of this venture. But even if it were to not succeed, it’d still be a journey we will undertake together and walk to the end.

It’s tough to find someone who has the same belief as us, let alone someone who is willing to pursue that belief, possibly failing but will stand back up and try again – together. Even if our friendship were to end eventually when the going gets tough (though I highly doubt it), I’m glad it even happened.

You know who you are.

For me, a truly worthwhile friendship is one where both parties look at the bond in the same light – a shared understanding of what the connection truly means. There is no right or wrong, as long as the terms are agreed upon by both. It can be based on tangible benefits such as money, fame and power; intangible rewards such as companionship and moral support or; a shared belief and cause to make lives better. Friendships depending on tangible benefits, though, would tend to last a lot shorter than the latter two; a shared belief is probably what would make friendships last a lifetime.

While it is great to read and listen to relationship advice or ideas (including this piece of writing), we should still form our own meanings of human bonds. I love reading other’s perspectives of how to form meaningful relationships just as much as my love to pen down my own insights.

What is friendship, to you? 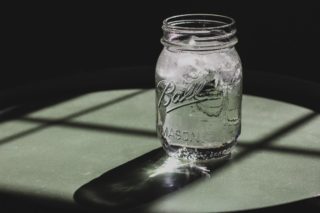