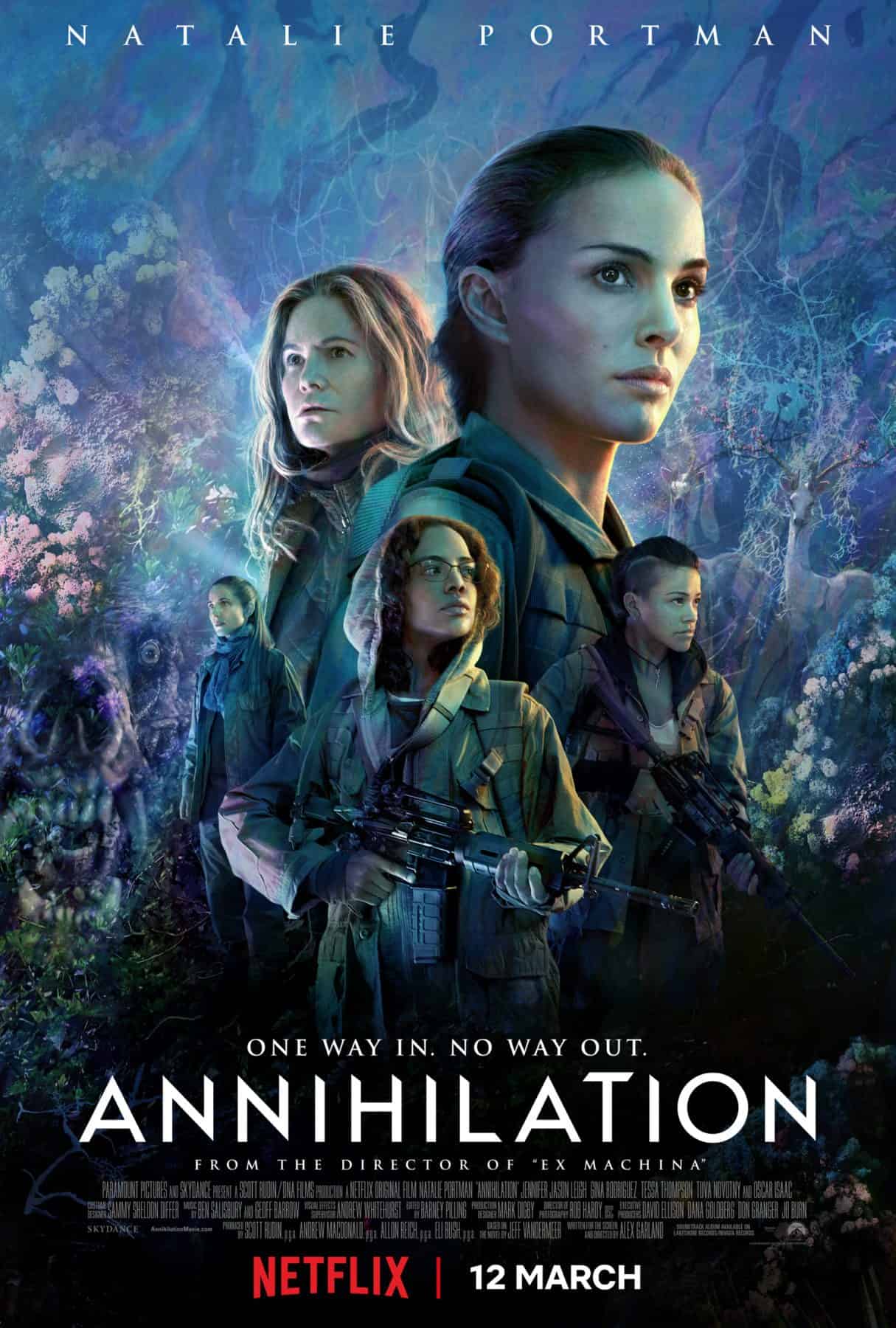 Adapted from the critically acclaimed novel of the same title and reminiscent of the Alien franchise, Annihilation is writer-director Alex Garland’s second film after his Ex Machina (Oscar nominee for Best Original Screenplay) directorial debut. It’s as visually stunning as his creative twist on the typical AI-gone-rogue story, but a lot more bizarre, complex, and provocative.

The story centres on Lena (Natalie Portman), a cellular biologist and ex-military whose husband, Kane, (Oscar Isaac) suddenly returns after missing for a year while on a mysterious mission. He starts behaving strangely and does not remember anything before the expedition. 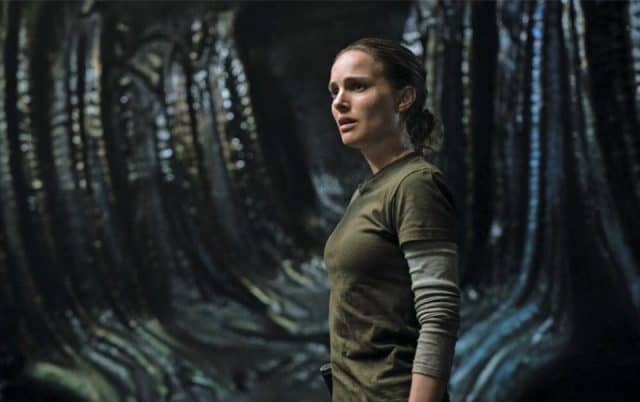 When Lena rushes Kane to the hospital after he suffers a seizure, their ambulance is stopped by government agents. The next thing Lena knew is waking up in a ward where she meets psychologist Dr. Ventress (Jennifer Jason Leigh), physicist Josie Radeck (Tessa Thompson), geomorphologist Cass Sheppard (Tuva Novotny), and paramedic Anya Thorensen (Gina Rodriguez).

Our main lead’s new acquaintances fill her in about “The Shimmer”, an expanding field of shimmering rainbow-coloured lights. Everything that goes in never returns – except Kane, which explains why Lena and Kane are brought to Area X, a government base set up in response to this extraterrestrial anomaly that happened when a space object landed some three years ago. 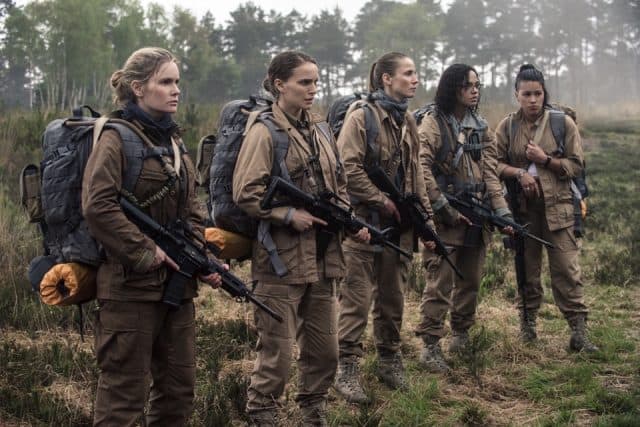 The story will make sense to most audiences up to this point, but as soon as Lena enters The Shimmer with her new-found comrades, Annihilation spirals into a beautiful mess of a story. Very little makes sense from here on out. Nevertheless, the visuals, cinematography, and music score are astounding.

The performances, though, are nothing short of spectacular, especially Portman, Rodriguez, and Leigh. All three are chilling in their expressions of the deepest fears of each character.

Another point worth mentioning is the storytelling, a masterful weaving of flashbacks and the present in the film. Beneath the sci-fi and suspense are the boldness, novelty, and a deeply thought-provoking narrative we haven’t seen in a long time. Quite expected from Garland, nonetheless.

It’s funny how Lena talks about change and newness in a particular scene to a hazmat-suited scientist (Benedict Wong), her audience outside of the quarantine chamber, and the audience of the camera footage… To those who are unaware, Paramount Pictures sold all foreign film rights of Annihilation to Netflix. 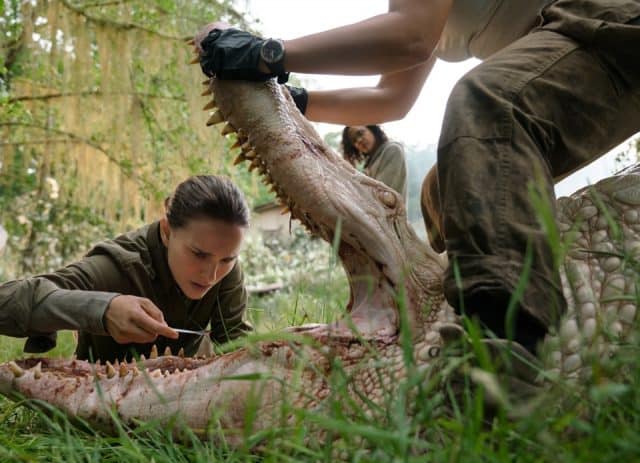 Annihilation is exactly the kind of film that challenges the status quo of superhero franchises dominating the box office, but sadly, it’d only be available on our personal screens. Unmistakably, though, people will be debating about what Annihilation is really about for quite some time.

Summary: A bizarre, complex, and provocative alien film that is more visually stunning than gory and violent as others before it, Annihilation explores deeper and darker themes than just our natural responses to otherness.