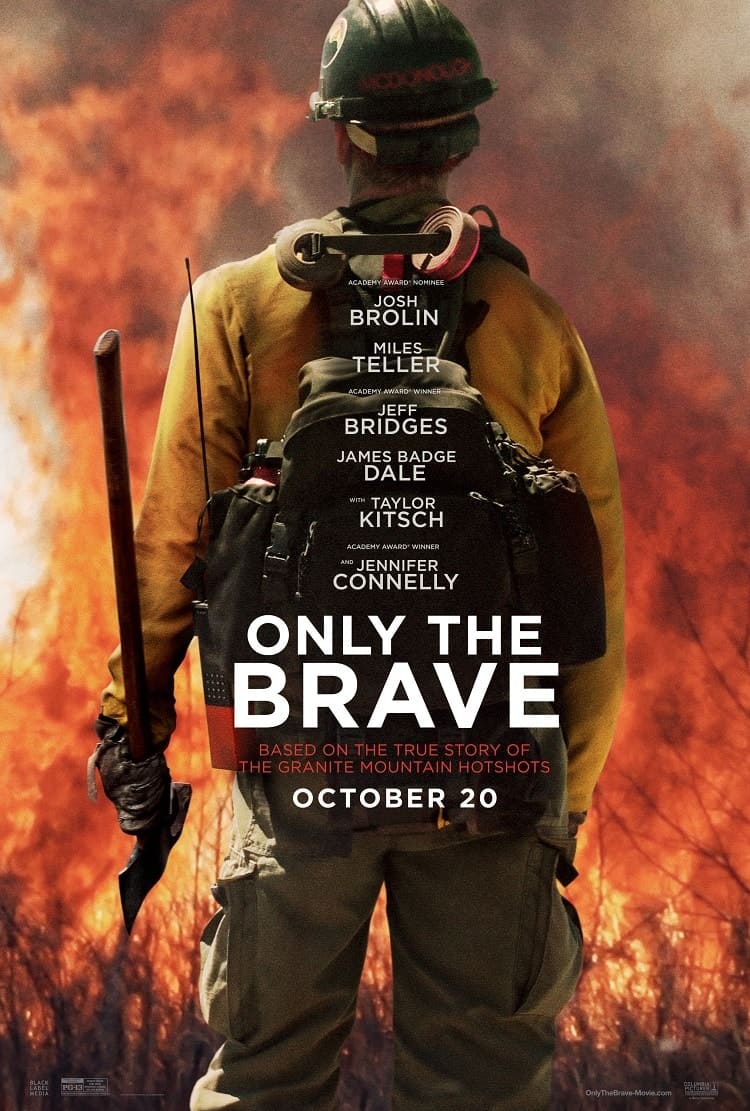 Based on a true story of the Granite Mountain Hotshots, Only The Brave is dedicated to the firemen who risked their lives for the towns cursed by a history of wild forest fires. The film is both hilarious and touching with relatable dialogues, meaningful character developments and the right balance between dramatization and truth.

Director Joseph Kosinski and writers Ken Nolan and Eric Warren Singer don’t have high profile films under their belts, but they understand what makes a great tear-jerker. Among the rising trend of films based on true events, Only The Brave differentiates itself by diving deeper into the relationships and dynamics between the characters. That’s what makes the story resonate, even with moviegoers who knew how the story will end.

Undoubtedly, for an excellent script to work, the cast has to be great too. And every actor and actress – firefighter and family – delivered convincing performances. Josh Brolin who played Eric Marsh, leader of the fire team, Jennifer Connelly as his wife, Amanda Marsh, and Miles Teller, an ex-junkie turned Hotshot named Brendan, deserve mentions for nailing their roles.

Viewers know from the get-go about Brendan’s drug problem. After knowing about his impending fatherhood, he decides to turn over a new leaf. Brendan is somehow drawn to fighting wildfires and signs up to be a firefighter. Eric accepts Brendan into his team despite knowing of his drug abuse, moulding him into a stronger and better man. It’s later heavily implied that Eric and Amanda were previous drug addicts but kicked the habit after getting together.

Although the other firemen didn’t get as much screen time as the main three, we see the overall bond in the team grow with each operation. Playing pranks on each other, rocking out on the minibus, and looking after each other’s backs at every moment, they become more like family after fighting wildfires together. We experience the pains and challenges they have to overcome to protect the town and their loved ones.

The film’s biggest strength is also its biggest weakness – 133 minutes of good storytelling is painfully long for viewers who find it hard to appreciate a film with minimal action and special effects. But even then, it is not just a dedication to the Granite Mountain Hotshots but also a film that seeks to inspire.

Subtle but strong themes about humility and teamwork, love and parenthood, addiction and determination are conveyed through conversations, interactions and setbacks. Everyone is flawed in their own ways, but that doesn’t mean we can’t do extraordinary things for a purpose bigger than ourselves. Only The Brave will entertain with witty humour and touch your heart with excellent writing and compelling performances that will leave you tearing at the end.

Summary: An outlier in the widely popular based-on-a-true-story genre, Only The Brave will make you laugh and tear through exceptional storytelling, meaningful character arcs and stellar performances.