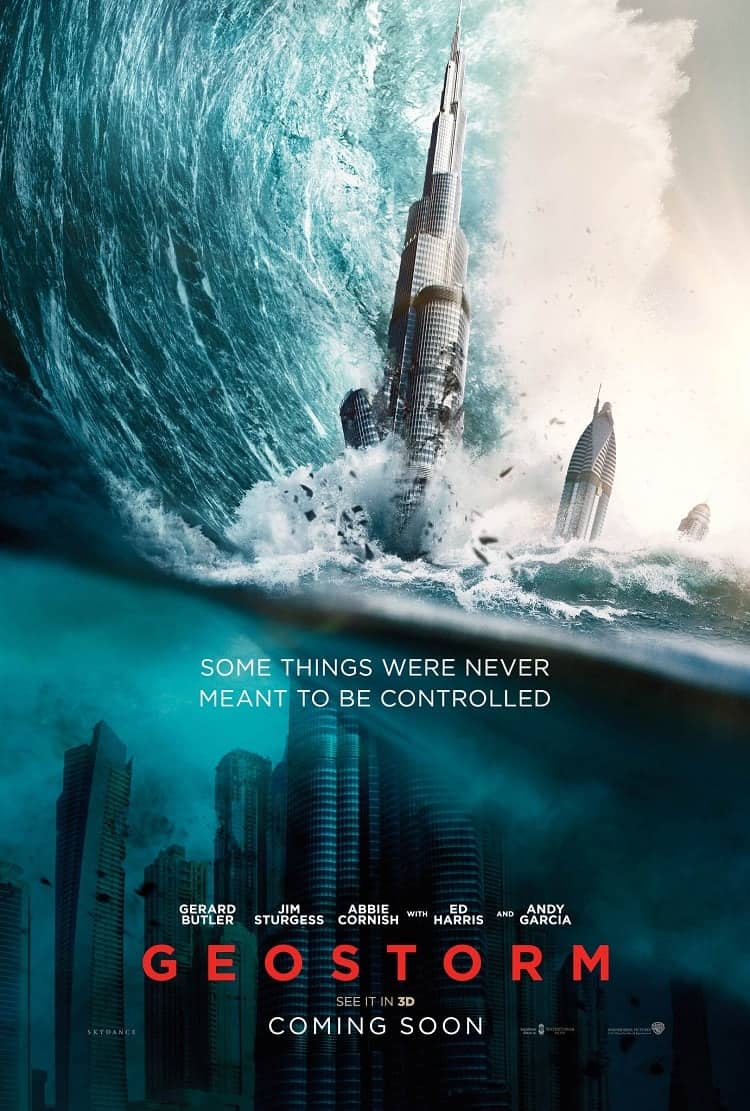 Some might protest against the untimely screening of Geostorm while certain parts of America are struggling over a series of hurricane disasters and raging fires. But like most others, this sci-fi disaster film deserves a chance to captivate with its universe and stunning visuals instead of allowing time-sensitive events to define its success.

Geostorm succeeds not just in convincingly simulating the various climate disasters, the details put into the CGI constructions of the satellites, space station and even space itself are commendable and mind-blowing. Despite stretching over 109 minutes, you won’t feel cheated of your time as director and writer Dean Devlin paced the plot and action well enough.

While visual effects geeks won’t complain about the film spending most of the running time “showing off” a huge budget, the narrative is indeed lacking some logic. A space station controlling Earth’s weather with satellites may have science geeks kicking up a storm even if it was introduced that the project was made possible only because of a combined effort from 17 countries.

Gerard Butler (King Leonidas in 2007’s 300) stars as Jake Lawson, a hot-headed but passionate space engineer who headed the construction of Dutch Boy, a space station that controls Earth’s weather via 1270 satellites. Jim Sturgess plays Max, Jake’s younger brother who is the direct opposite – cool-headed and logical. Rain, sunshine, snow or heat to any part of the world is just a button away on a control panel of Dutch Boy, which explains the film’s slogan, “control the weather, control the world”.

Other notable names include Abbie Cornish (wife of RoboCop in the 2014 remake) who played Max’s lover Sarah, a secret-service agent protecting the US President (Andy Garcia); Ed Harris as the US Secretary of State; Alexandra Maria Lara as Dutch Boy’s commander; and Talitha Bateman (Janice in Annabelle: Creation) as Jake’s adolescent daughter. The relationships between the characters were perhaps a little downplayed as compared to the two brothers.

Climate change and geopolitics aside, the dynamics between our main leads and supporting cast can get several laughs out of you, which is what keeps the audience engaged as the film brings you on a rollercoaster ride.

Summary: A film that will make space geeks squeal, Geostorm takes your breath away with astounding visual effects and soundtracks to compensate for its far-fetched plot.