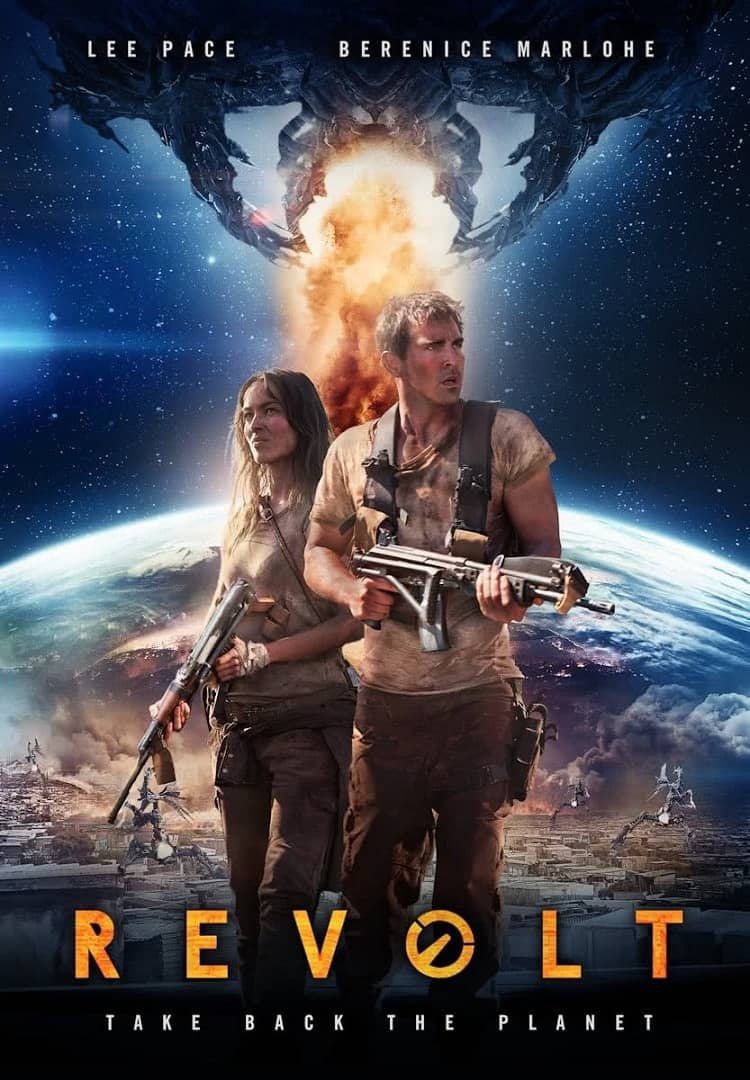 Revolt feels and looks a lot like a video game – the main characters don’t question many things a real person would in their circumstances, they just push forward. Maybe that’s what exactly Joe Miale wants. Revolt is Miale’s first feature-length film after directing several shorts, two of which were based on popular games including Half-Life and Assassin’s Creed. Rowan Athale, best known for directing and writing Wasteland (2010), co-writes the screenplay with Miale.

That said, Revolt is not your typical alien invasion apocalyptic movie. The aliens are not bio-organic creatures just out to consume or assimilate human beings, much like the Alien franchise and other sci-fi horror alien films. The aliens in Revolt are machines programmed to kill, quite similar to the mechanical aliens in War Of The Worlds (2005), albeit a lot more visually appealing and sophisticated. They are also much deadlier, obliterating anything that comes in their line of sight with disintegrating laser beams. Unluckier ones get their insides spilt out and slowly bleed to death.

It’s sad to say this, but none of the human characters in Revolt is interesting enough for this reviewer to care. The mystery behind the aliens and how to defeat them is a lot more intriguing and perhaps was Miale and Athale’s focus when writing the film. While it is refreshing to watch an alien film with commendable visual effects and painting aliens in a different light, the film falls flat because of the lack of relatable characters.

Lee Pace, who played a long-haired deer-riding elf named Thranduil in The Hobbit trilogy (2012-2014), takes on the role of a US special force soldier in Africa. Pace’s character has no clue as to who he is except for a partially torn name tag on his right sleeve that reads, “Bo”. Bérénice Marlohe, who still looks as hot as when she was Severine in Skyfall (2012), co-stars as a French doctor, Nadia.

Pace and Marlohe delivered convincing performances, but there’s only so much they can do. Our leads spend a good half of the film marching toward a destination, one which neither they nor other characters they meet, know much about. It’s the lack of motivation in the characters and flimsy movie logic that makes it hard to land on viewers. That might work in video games but hardly the case for films.

Fortunately, Revolt doesn’t try too hard to make a point. It’s just a sci-fi action film about mankind’s last stand against an alien machine army. Running a lean 88 minutes, viewers who relish aliens, guns and an attractive looking cast may enjoy this visual effects packed film. Don’t expect more than that and you’ll be pleasantly entertained.

Summary: Nothing but mechanical aliens, guns and lasers, Revolt is shot very much like a video game with impressive visual effects but mediocre plot and characterisations.