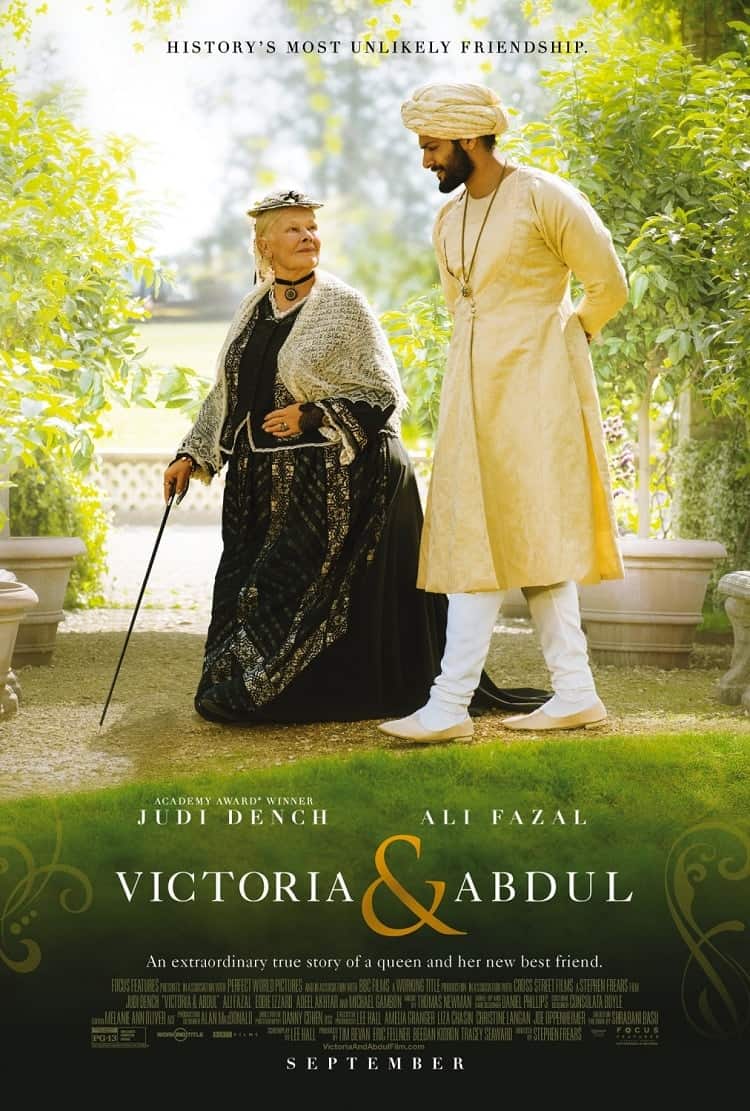 Based on an investigative journalist’s discovery of Queen Victoria’s journals in her summer home, Victoria & Abdul is a story about the decade-plus-long controversial relationship between the second longest-living monarch and her closest confidant.

The film is set in the late 1880s when India was under British rule, and Queen Victoria ordered for Indian servants to present her a gift at her Golden Jubilee. Abdul Karim (Ali Fazal), one of the two servants who sailed for two months to serve the Queen, caught Victoria’s eye at the banquet. What follows is how Victoria spent her final years with Abdul, who became her private servant and language teacher.

Beyond the first-half of Victoria & Abdul, there’s little that is intriguing and entertaining, though. The biggest problem that neither the Queen nor her Munshi (a term for a native language teacher in British India) were given meaningful character arcs. In fact, there are many parts where Fazal seem more like a plot device rather than an actual person.

Other than proficiency in Urdu and knowledge of the Indian culture, Victoria didn’t seem to change much, at least in the film. Judi Dench is compelling as Victoria and rather successful in bringing out the royal air of an old Queen. However, that only lasts as long as the audience is intrigued by the fact she liked Abdul only because he was simpler and more genuine than the people in her inner-circle.

Undoubtedly, Fazal is quite charming as Abdul. He captures the innocence of a commoner while exuding the confidence of a man of clear conscience. While Abdul is likeable, it doesn’t make the story unique or magical, the key to making a drama film like Victoria & Abdul worth the time.

Fortunately, unlike most drama and biographical films, Victoria & Abdul is slow-paced but not draggy. The editing keeps it tolerable, using artistic transitions that are quick but not abrupt. Coupled with the subtle but effective signs of aging the makeup team gave Fazal, the film tells a fair bit without much.

Regrettably, Victoria & Abdul is a beautiful story but not meaty enough for a feature-length film. Perhaps the film could have further explored the bond connecting the Queen of England and an ordinary servant from India? If you have a soft spot for tales about a powerful royalty and a commoner, though, you might just be able to ignore the elephant in the room.

Summary: A touching story about Queen Victoria and her closest confidant, Victoria & Abdul is narratively thin but mildly satisfying for viewers who like royalty-commoner tales.