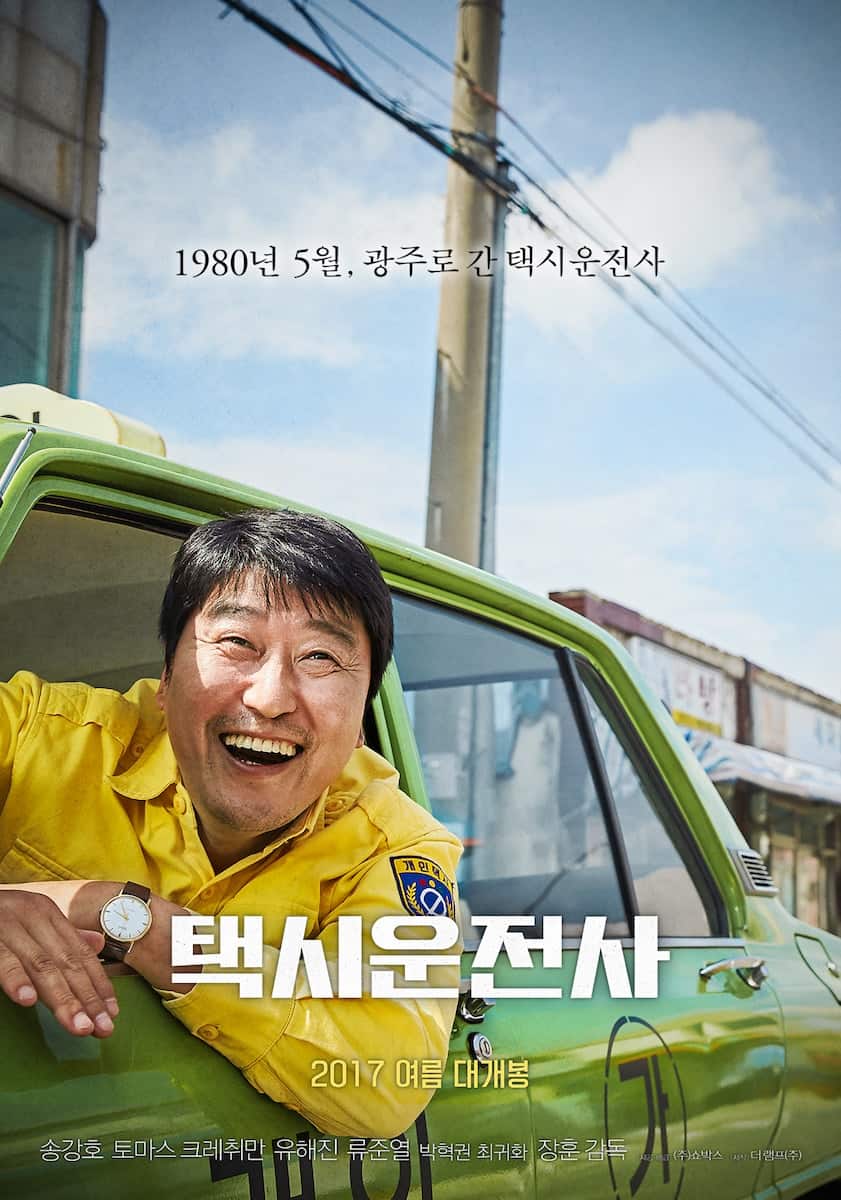 Depicting one of the most emotional times of South Korea in the 1980s during the Gwangju Uprising, A Taxi Driver is a historical film with an overly heart-wrenching plot that almost feels like an exclusive film for Koreans. It’s no wonder this film is now the tenth most-watched of all time in South Korea and won multiple awards.

Anyone living outside of South Korea not familiar with the Gwangju Uprising might find this film a little over-the-top, though, especially with the typical slow-mo with emotional music scenes. After all, it’s hard for someone not familiar with a country’s history to understand the pains, struggles, and relate to the citizens. 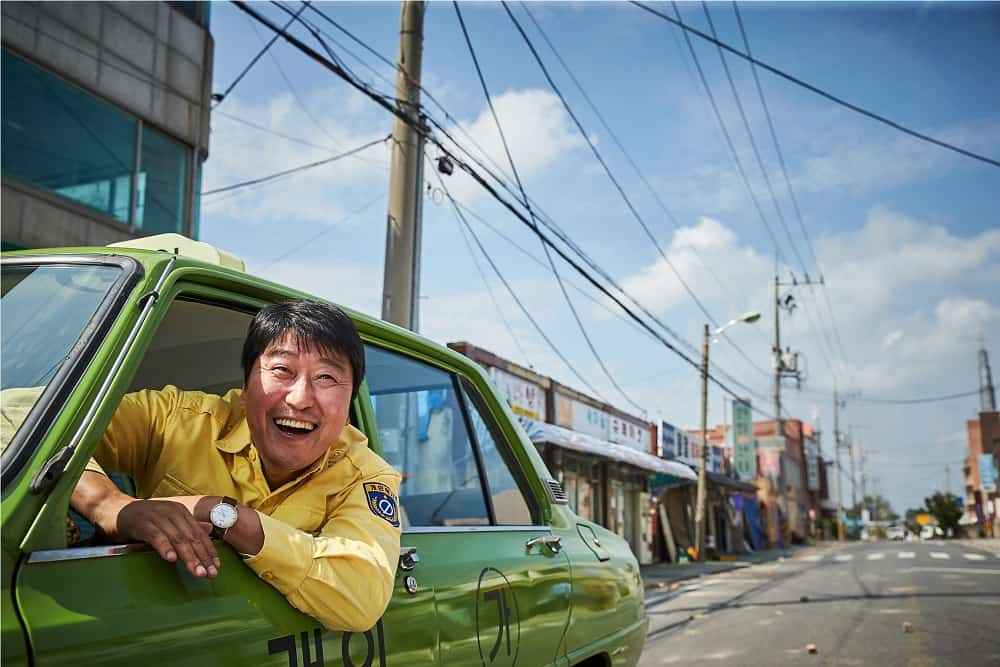 Nevertheless, director Jang Hoon gives a clear idea of how the locals felt at that time by building other characters and not just German journalist Jürgen Hinzpeter (Thomas Kretschmann) and Kim Sa-Bok (Song Kang-Ho from The Host and Snowpiercer).

In particular, Yoo Hae-Jin, who plays a Gwangju cab driver, Hwang Tae-Sool, is convincing with his Southern-accent and overall retro style of the 1980s. Another character who would leave a deep impression on the audience is Ryoo Joon-Yeol’s (Reply 1988, Lucky Romance) amazing portrayal as university student-activist, Jae-Sik. If it’s a character you would cry for in A Taxi Driver, it would be Jae-Sik because of his impact on the main leads. 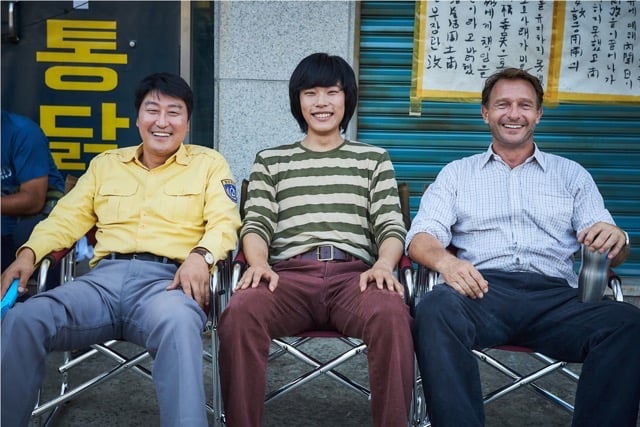 Of course, Song is the key highlight in A Taxi Driver, as he plays Kim Sa-Bok (whose real name was recently revealed to be Kim Min-Seob by his son), a widower with a strong-willed daughter, piling overdue rent, and an obsession of keeping his cab squeaky clean.

Kim starts off as a regular cab driver with only one goal – to provide for his daughter. When Kim first takes Hinzpeter as a passenger, his only motivation is to get to Gwangju and back for US$100; Hinzpeter is no different – he just wants to report the news for fame and money.

As the two accidental partners dive deeper into the revolt, though, their once greedy and stiff hearts start to melt. Kretschmann is not as compelling as Song, which is a slight miss. As a whole, though, their chemistry onscreen is commendable.

Moviegoers watching A Taxi Driver shouldn’t expect a typical K-movie. In fact, there’s not even a hint of romance in this film. There’s a lot of storytelling, slow but robust plot development, and characters meant to make the viewer contemplate. If you like the Korean culture and relish a historical drama film, A Taxi Driver won’t disappoint.

Summary: Emotional but over-the-top at times, highly successful director Jang Hoon takes us on a journey back to the 1980s during the Gwangju Uprising and tells the backstory behind the revolt’s turning point.