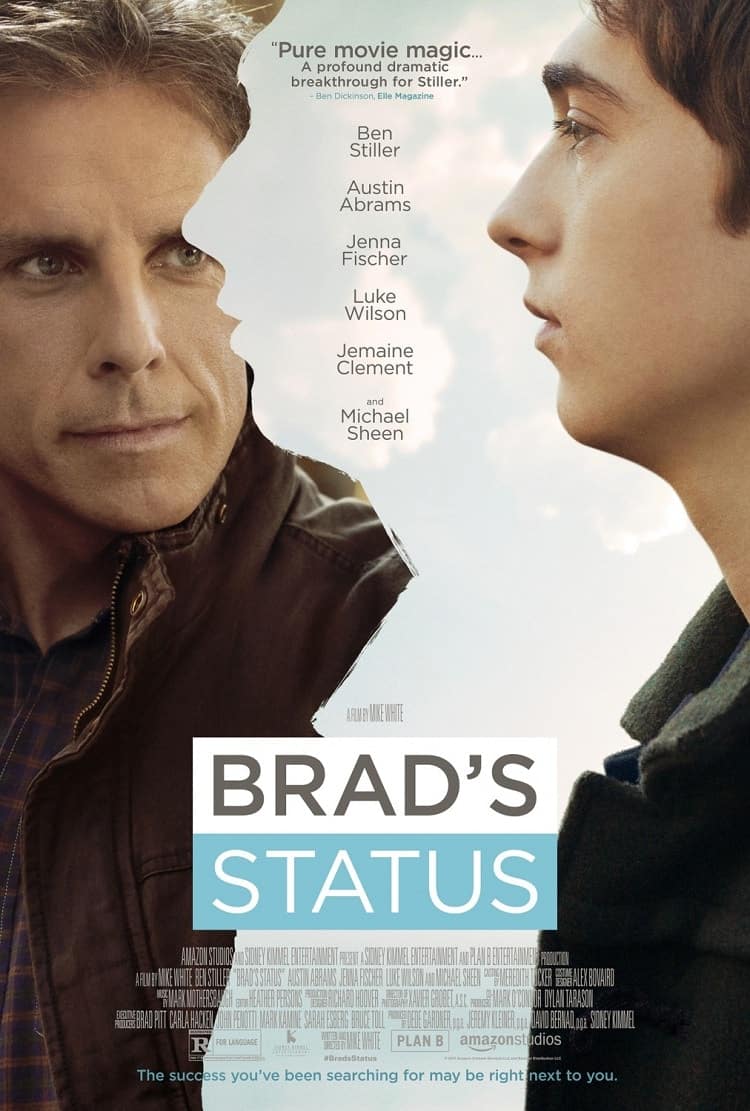 Brad’s Status tells the story of how a middle-aged man, Brad Sloan (Ben Stiller), struggled with his discontentment with life and envy towards his seemingly successful friends from high school. Director Mike White brings us on a depressing yet hilarious journey as we watch how Brad deals with senseless mind chatter and life’s biggest contemplations to which all of us can relate.

Most would view the film as a caricature of first-world white male privilege, as Ananya (played by Shazi Raja) blatantly says it to Brad’s face in a bar. However, if you read Brad’s Status beyond that, the film tries to inspire youths with burning passions too. As such, Ananya is not just a rude awakening to narcissism but also hope for aspiring artists.

The audience is constantly greeted with medium close-ups of Brad’s dissatisfied, pondering face, coupled with emotional voiceovers by Stiller. It feels suffocating at times but perhaps necessary to immerse us deeper into Brad’s mind. Just when you think Brad can’t be worse, the film tops it with more of his disgusting thoughts.

Stiller and Raja are not the only ones to deliver impressive performances. Austin Abrams, who plays Troy, Brad’s 17-year-old musical prodigy of a son, demonstrates excellent chemistry with Stiller in capturing interesting father-and-son dynamics.

It’s a pity that the older cast members with the exception of Jenna Fischer who plays Brad’s wife, don’t have many great lines. Michael Sheen has a convincing American accent but can be over the top at times. Luckily, Stiller manages to support the film, and the fitting soundtracks make the experience enjoyable. Perhaps the badly-written characters are intended by White, showing how ridiculous Brad’s mind-chatter is most of the time. Brad’s Status invites the audience in to judge Brad. But really, it’s asking us to reflect on ourselves.

At its heart, Brad’s Status is a call-out to everyone who is constantly chasing success, fame and riches, to stop and look at the loved ones around us. What is real and important is spending time with people who matter, not imagining and caring about what others think about us. The film illuminates how most of our biggest problems lie within our minds – ridiculous things we tell ourselves.

Summary: Brad’s Status lets us into the mind of a 47-year-old man and his struggle with his midlife crisis, serving both as a rude awakening and mirror for those obsessed with social status.