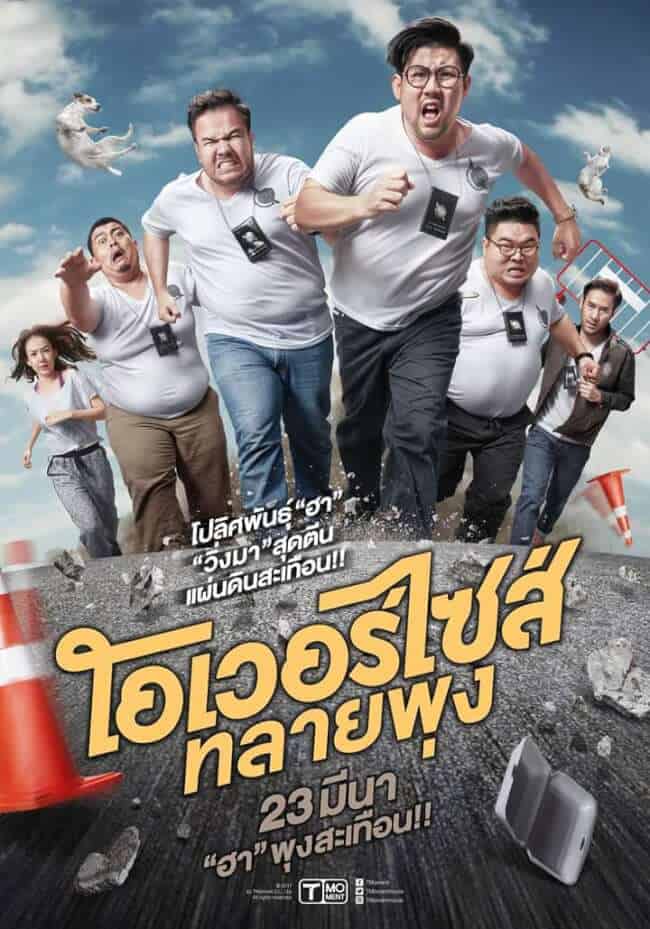 We follow four overweight police sergeants, Kan (Sarun Shinsuwapala), Yoi (Pramote Pathan), Ao (Supachai Supprasert), and Pleum (Somyos Matures), as they struggle with their weight and physical demands of being part of the Thai law enforcement.

A story about friendship and the social stigma of being overweight, Oversize Cops presents a balanced case between the importance of staying fit and embracing chubbiness. It’s a shout out to all who strives to stay fit while assuring those who prefer being plus-size. All that matters is the bonds we share with the people who are important to us.

However, the film’s key messages could have been more impactful if the performances are more convincing. While Shinsuwapala plays the supposed male lead role, Pathan’s performance is more entertaining and genuine; the other two actors are subpar at best.

Performances aside, though, viewers will find themselves bursting into laughter every few minutes throughout the film. Where Oversize Cops lack in the acting department, it compensates with technical excellence. The film runs lean at 100 minutes and is entertaining and well-paced thanks to the directing, editing and screenplay.

Although the plot is simple and the “twist” isn’t even worth mentioning, the overall narrative still ties in pretty well with the key messages. It’s not very often that a comedy can pull off jokes about obesity and physical appearance while driving home mildly meaningful ideas. Oversize Cops have just the right amount of both criticisms and praises about weight loss, which is the key to preventing the film from flopping.

If you’re looking for a good laugh, Oversize Cops is going to do more than that – you’ll be bobbing back and forth in laughter. Don’t expect a good crime plot or some secret tips to losing weight, though. Nevertheless, there are several novel gags, unlike most B-rated comedies where jokes are recycled. It also works as a reminder to cherish our friends and embrace them for who they are.

Summary: Apart from mixing dry humour and classic Thai-commercial gags and slow-mos, Oversize Cops makes the best out of a mediocre cast with the help of an incredible script and fantastic editing.